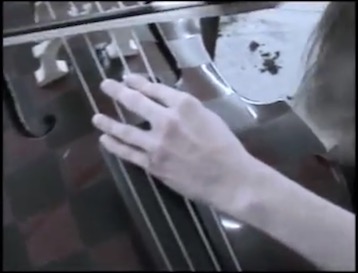 Between 2007-2011 I had the pleasure of working with various artists in Winchester, through Winchester School of Arts and mostly Trish Bould. Most of my collaborations were about pieces that explored the performance space. I was thinking about the music revolving around the listener (the flautist Ruth Corney walking around the church from one music stand to another in Gently Behead the Monster) or the listener walking in the piece. The idea for this performance came form the latter, where the performers of the Avantgarde Composers Ensemble (ACE) were each playing their own pieces at the same time in different areas of the building. Such a piece of music would never be heard the same way by two people who take different paths in the exhibition space.

For most part, we had devised a plan as regards to the pieces, but the music is improvised for the most part. We also had thought of ways to interact with the artists who were drawing or performing live. The atmosphere somehow felt like inside a concert hall and somewhat silenced the audience, as they walked around the exhibition and occasionally whispered.

The film is a rendition of the event through the lens of Pegah Salimi. There is minimum editing and cut done to it to give a similar experience of attending the event.