Home / Music / The Decision Was Made at 5am Sharp (2008): prepared piano, harpsichord

The Decision Was Made at 5am Sharp (2008): prepared piano, harpsichord 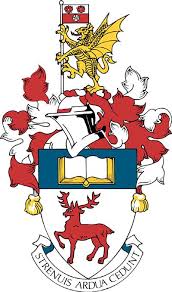 I wrote this duet during my MMus at University of Southampton for a composition workshop by Keynote+ Ensemble. This piece was my first experience of “preparing” a piano and writing for one, as specified by John Cage.

Professor David Owen Norris allowed us to prepare/damage one of the old pianos in the Keyboard Room in Nuffield Theatre, University of Southampton. I was there mainly to experiment with the harpsichords and help with the preparation, which was largely a joint effort by my friends, Sam Cave and Tom Green, then my juniors at University.

The piece was premiered during the workshop in the presence of Professor Michael Finnissy, Professor Michael Zev Gordon, Dr. John Habron and composition students. After the workshop, I came home to an email by Michael Finnissy, praising my piece. I felt sos humbled and gobsmacked by this act of generosity that I simply didn’t know how to reply. The fact that an important figure like Michael Finnissy had taken the time to write to me gave me a lot of confidence in approaching him as the supervisor for my PhD. This piece was the beginning of a life changing discipleship and friendship with Michael, that hugely influenced my taste and knowledge in composition, as well as my future academic and professional career.

In order to write for the prepared piano, I spent many hours in the keyboard experimenting the new timbres. I deliberately tried to distance myself from the works of John Cage and Gamelan influences in the beginning, but nevertheless opted for an irregular ostinato that dominated the texture of the piece. To write this piece, I stayed awake on the night of the deadline and kept trying ideas, until I came up with the final sketch and lifted my head to see it’s exactly 5 am, hence the title of the piece. I also had reverberations of the poem by Federico García Lorca, Lament for Ignacio Sanchez Mejias, in mind, where a refrain of “at five in the afternoon” repeatedly appears in the first section.